Miraculously, the mill area has survived intact and has been spared from demolition or incongruous additions. Because the waterway the mill was built along was small, the area did not meet the conditions for growth. 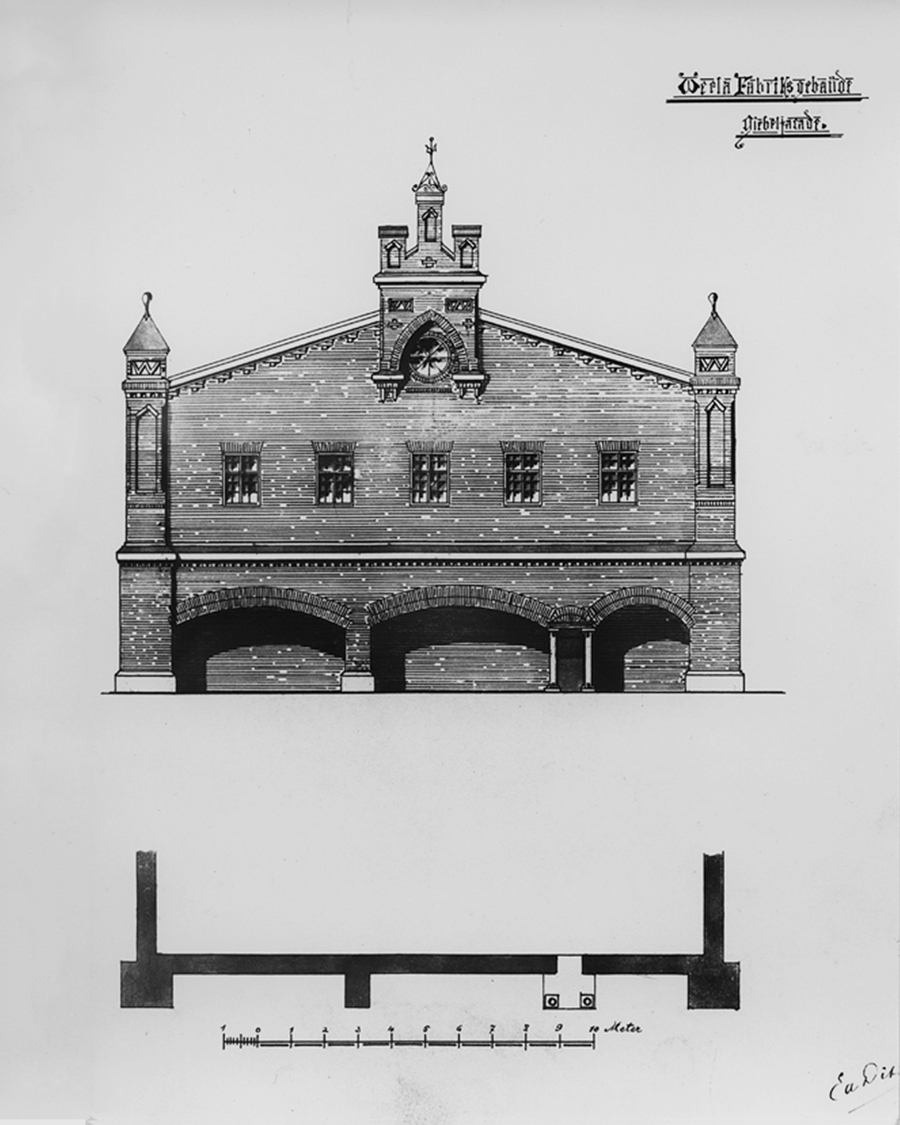 A masterpiece of brick architecture

The Verla Mill community was born around the mill at the end of the 19th century. The centre of Verla, on the western shore of the rapids, consisted of the mill and its many buildings, with the manor-like owner’s residence a landmark rising above all the others.

Over the years, fires tested and destroyed many of Verla’s buildings. After the fires of the early days, brick was chosen as the building material in later construction phases. The architect of the Verla Mill buildings was inspired primarily by English and German industrial architecture.

There are many fascinating details in the buildings of Verla, as the architect, Eduard Dippell, liked to make use of decorative brickwork, pilaster-like projections, church-like spires and fanciful iron roof ornaments.

The distinctive architecture of Eduard Dippell

The designer of the buildings of the Verla Mill complex was the architect Carl Eduard Dippell (1855–1912). Of German descent but born in Vyborg, he was the younger brother of the principal mill owner, Wilhelm Dippell. Dippell studied at Hanover Polytechnic Institute and graduated as an architect in 1876.

His most important works were located in Vyborg, including the Vyborg Finnish church, the so-called New Cathedral, which was constructed in the Gothic Revival style in 1891–1893. Damaged during the war and later demolished, the cathedral is believed to have had an influence on the appearance of the buildings in Verla, and, in particular, on their decoration. 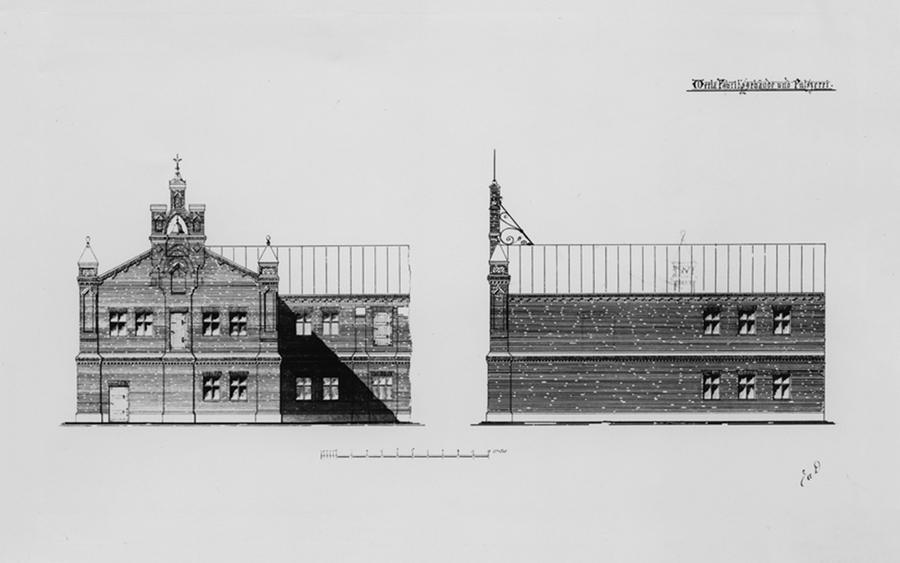 The Verla Mill was constructed in three different phases. Hugo Neuman’s original groundwood mill was situated in a flour mill that had previously been collectively owned by the farmers of Jaala. It was then made taller and expanded. An old grain-drying barn was moved from nearby to serve as a drying loft for groundwood pulp sheets. However, these buildings were destroyed in a fire in 1874.

Under the direction of Gottlieb Kreidl, Verla’s new owners began to produce board in addition to groundwood pulp in 1882. For this purpose, two separate mill buildings as well as other facilities were needed. It is unclear whether the architect Eduard Dippell, the brother of the mill’s main funder, Wilhelm Dippell, designed the buildings of the second stage, or whether the log buildings were the result of so-called “carpenter architecture”. This may very well be the case, as the construction work was supervised by the groundwood mill foreman, Wilhelm Lindroos, who had gained practical experience at the Kuusankoski mill.

After the fires of the early days, brick was chosen as the building material in later construction phases. 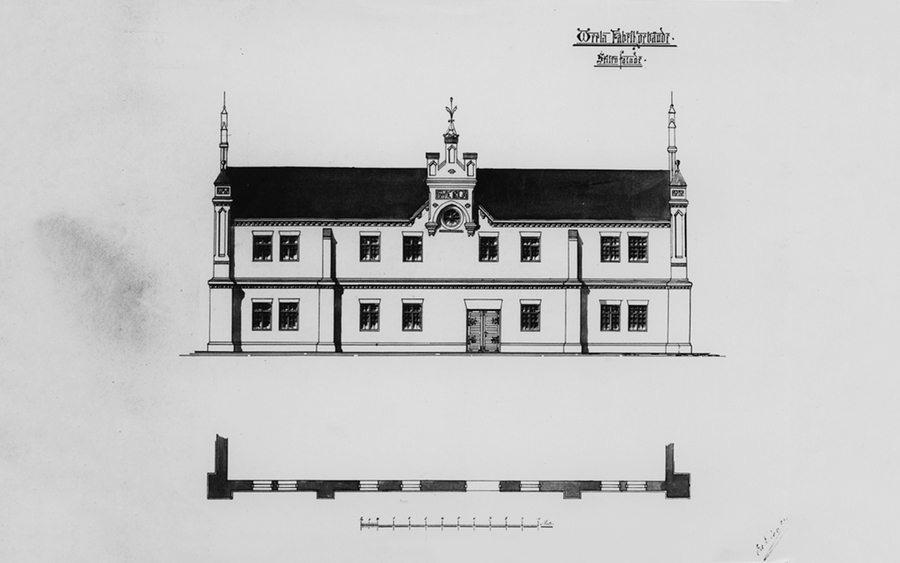 When the old drying loft burned to the ground on 17 September 1893, it was decided that the building that would replace it should be more durable. The drying loft designed by Eduard Dippell was built of brick. Dippell had an eye for detail, and he situated the new drying loft so that its church-like spire would dominate the landscape, whether the mill was approached from the road or from the water. The handsome four-story drying loft was built in record time, just three months, and was completed by the end of 1893.

Dippell’s ingenuity and professional skill were called for again when it was decided to renovate the neo-Gothic mill by constructing new walls around it. The old log building was only ten years old and the owners didn’t want to get rid of it entirely, which would interrupt production for several months.

In 1895, the new ornate mill was constructed around the old building, such that once the exterior walls were completed, the old wooden building was dismantled and replaced with new supporting and roof structures. This allowed the mill to produce board during nearly the entire construction period. 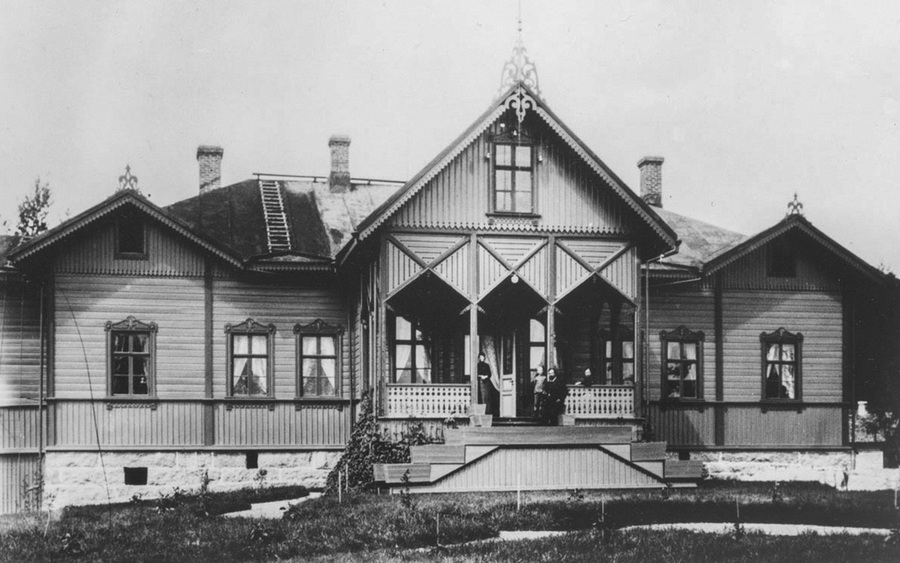 The Owner’s Residence has been painted a variety of colours over the years.
3.4

The Owner’s Residence, designed by Eduard Dippell, was completed in 1885 and served as the residence of Gottlieb Kreidl, the mill superintendent. The building is an example of the international style of decorative wood construction that spread to Finland in the 1860s, first gaining favour among railway station and villa builders. In 1898, a tower-like spire was added to the manor-like residence. Around the same time, a colourful garden was laid out and a bowling pavilion was constructed. 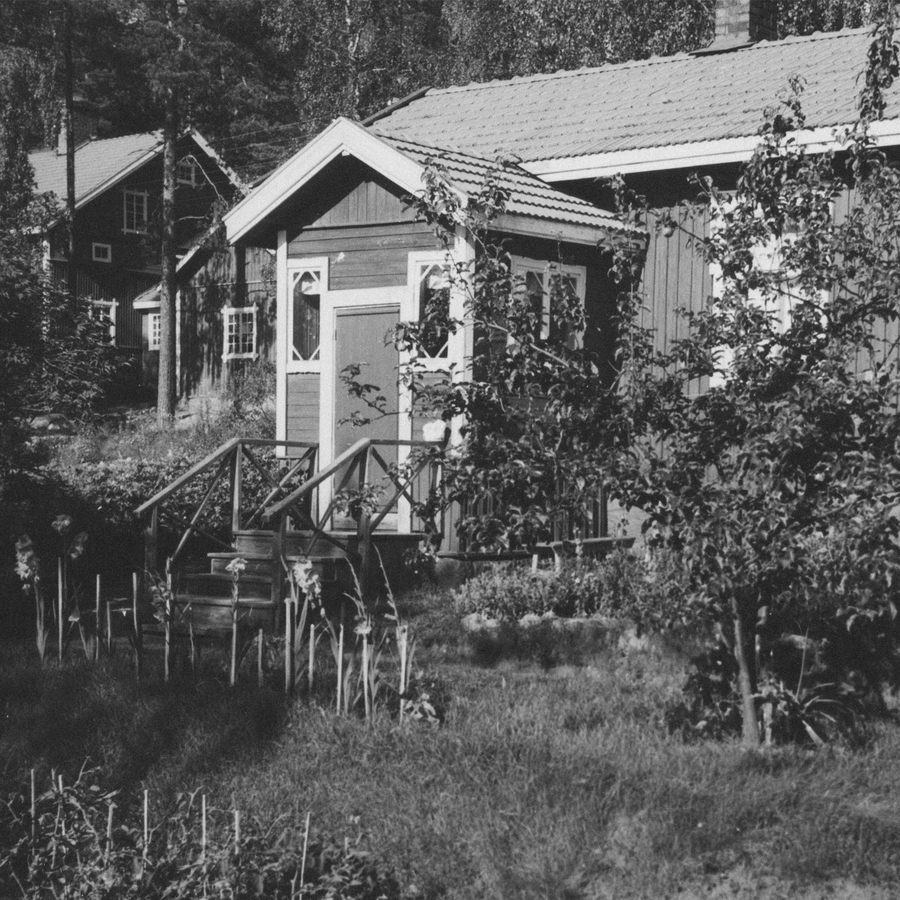 From workers’ housing to rental cottages

Wooden cottages appeared in the area at the end of the 19th century as the millworkers built themselves houses on the mill’s property. When the mill took control of a large part of the eastern shore of the rapids in 1896, settlement started to focus on the Valkeala side.

When operations at the mill shut down, the millworkers’ houses were vacated. In 1967, the Kymi Corporation began to use them for employee recreation. Currently, the cottages are part of the Verla holiday village and are available for rent.

At the end of the 1960s, 11 Raili-Kaarina cottages were built in the area. The Raili-Kaarina cottages reflect the growing prosperity of the 1960s, when the agrarian Finland of the post-war years developed into an industrial society. It was typical of construction at the time to reject the old and replace it with the new. The new style is evident in the cottages’ large windows, low ceilings and flat roofs.