A day at the mill

As the number of workers at the mill increased, a close-knit mill community grew over the decades, its rhythms dictated by the mill’s dinner bell. Luckily for the village, the mill owner was an enthusiastic proponent of improving healthcare and social conditions. 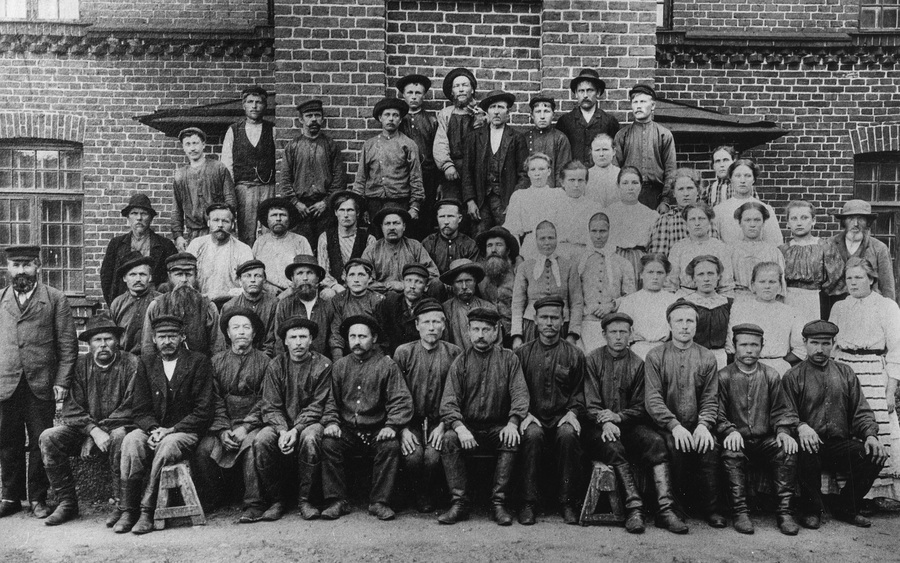 The workers and the work

At the end of the 19th century, there were 70–80 people working for the Verla Mill. The number of employees increased to over 100 in the 1910s, and was at its highest, with 160 employees, as late as 1951. Women made up nearly a third of mill employees.

From 1885 to 1917, work at the mill was divided into two 12-hour shifts. Verla transitioned to 8-hour shifts in the spring of 1917, when the new Working Hours Act took effect in Finland. At the time, shorter working hours were rare around the world. Before the First World War, only Australia and New Zealand had widely adopted shorter working hours.

In the early years, candles, lanterns and kerosene lamps were used to light the mill. A significant improvement in the mill’s working conditions occurred in 1889 when Verla’s first electric lamp was lit. Though electricity reached Verla early, the mill’s machinery wasn’t electrified until 1923. The grinders were powered directly by the rapids all the way up until the mill’s closing. 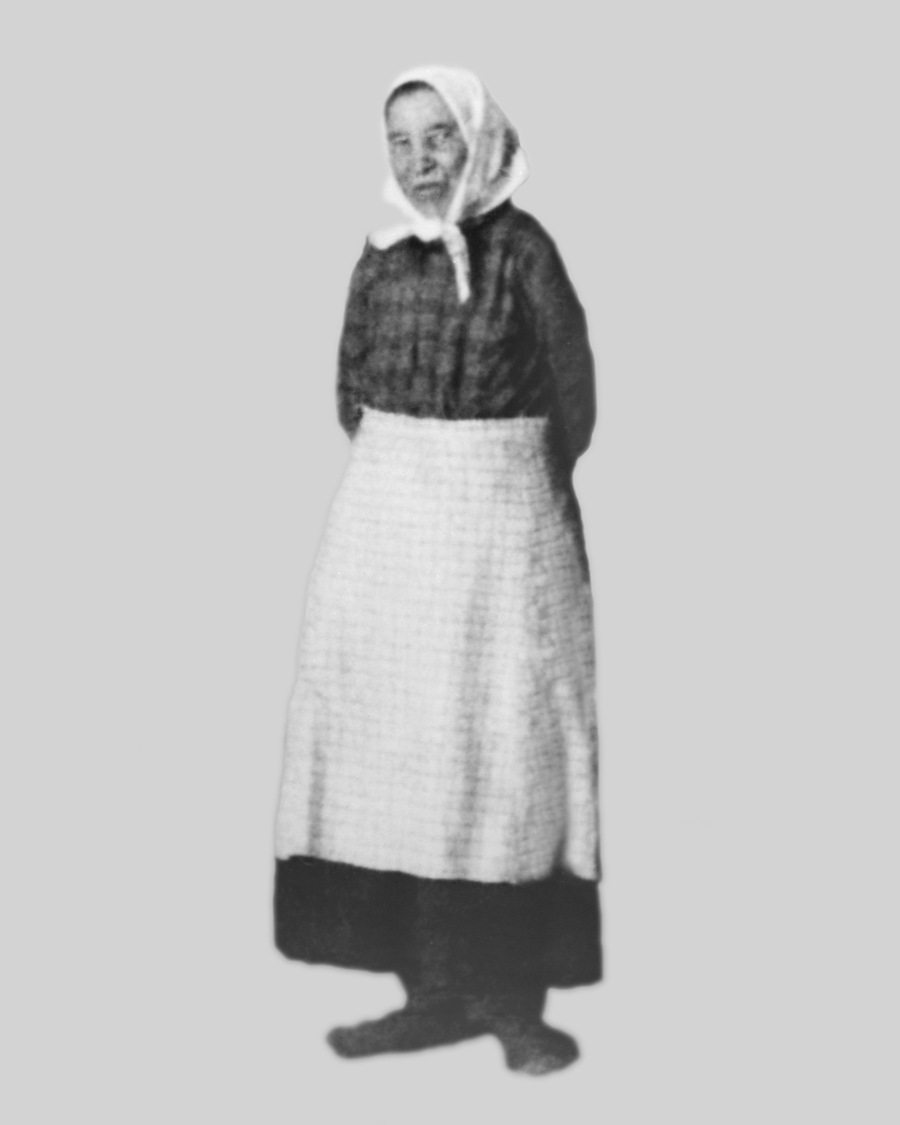 Verla’s Maria, as Maria Mattsson was known, has become the mill’s best-known employee. She worked as a sorter at the board mill from 1884 to 1936, more than half a century. Not only was the length of her career exceptional, but also the fact that she undertook the same scale of work for all those years.

Museum visitors can see traces of Maria’s footsteps, which wore away at the sturdy pine floorboards of the sorting room over the decades. Maria retired at the age of 77. The museum produced a short film about Maria’s life in 1995, which is available for viewing at the museum. 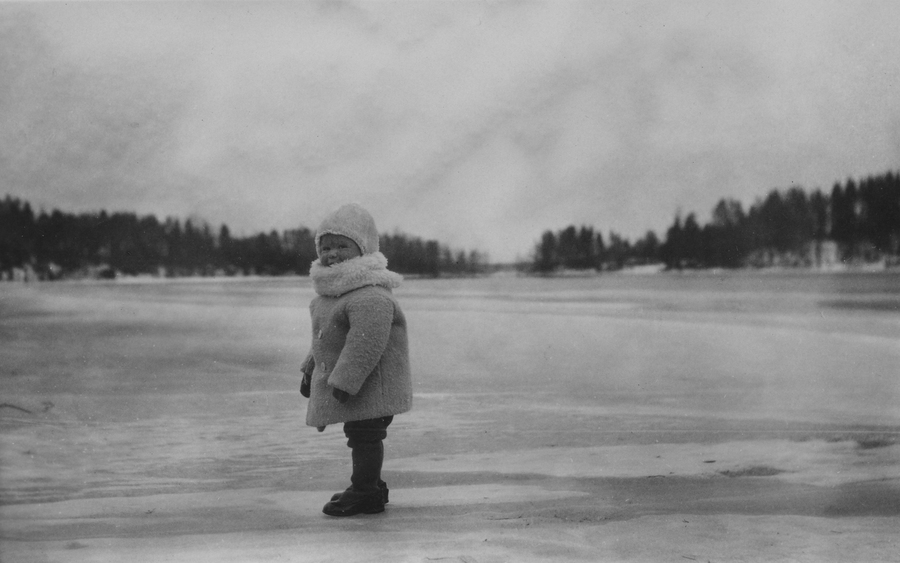 Life in the mill village

Life in rural villages was self-sufficient. Nearly every household kept a cow, a pig and chickens. Villagers grew root vegetables such as potatoes, carrots, turnips and swedes. Blueberries and lingonberries were collected diligently from the forest. The most common dish was potatoes and a sauce made with pork, or a pork and potato soup with carrots and swedes. Fish was another common food. Home-made beer was drunk with meals, or alternatively milk and buttermilk if the family had a cow. Coffee was seldom drunk.

The residents of Verla made their own clothes, and there was a sewing machine in nearly every home. Fabric was bought from the store, and the millworkers could take turns purchasing at low cost the high-quality wool felt that was discarded from the board machines. It would be dyed at home or by the dyer in Valkeala. The felt was used to make overcoats, mittens and especially warm winter shoes. Those most skilled at sewing might even attempt to make a suit out of the felt.

The priest wouldn’t usually bother to make the trip to Verla for any single matter. When he did come to the village, he would perform several weddings and christenings at once. Coffins were constructed by the mill’s carpenter. 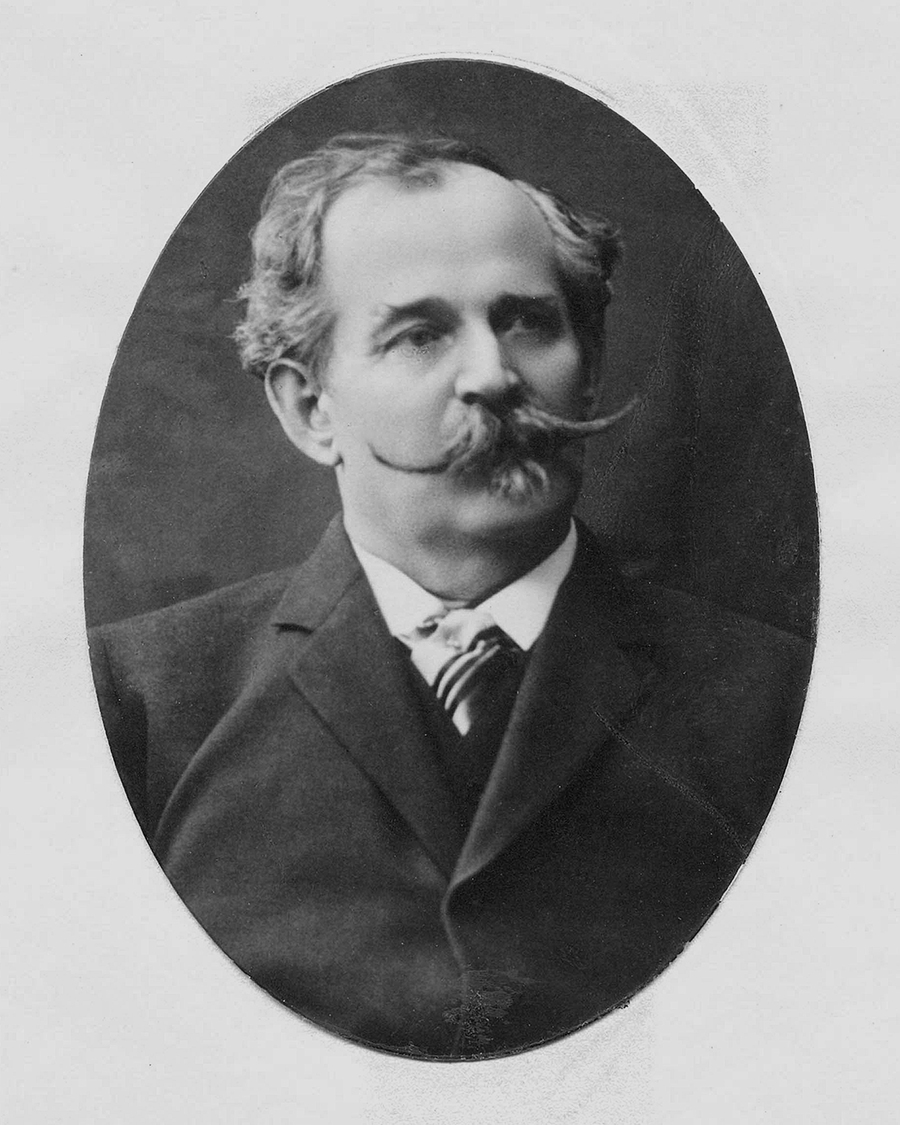 The Austrian master papermaker Gottlieb Kreidl (1850–1908) was one of the founders of Verla, and the mill’s superintendent. Kreidl managed the mill for more than a quarter of a century, and during that time he created a strong patriarchal spirit at Verla. The mill owner’s bold leadership style was obvious both in the mill and in the village: he tended to move forward with matters quickly.

In 1890, Kreidl established a school for the children of Verla; both instruction and supplies were free of charge. He personally oversaw the school’s operations and expected polite behaviour from the children. Kind and generous, at Christmas Kreidl gave each child his or her own bag of sweets, and from time to time he would take his gramophone to the school so that the children could listen to music.

During Kreidl’s time, large Midsummer celebrations were organised on Kokkokallio hill, and the mill owner invited all the millworkers and their families. Beer, coffee, sweets and tobacco were served. The party’s special treat was the Midsummer bread. Music was provided by hired musicians, and sometimes even a real brass band provided a festive atmosphere and an opportunity to dance.